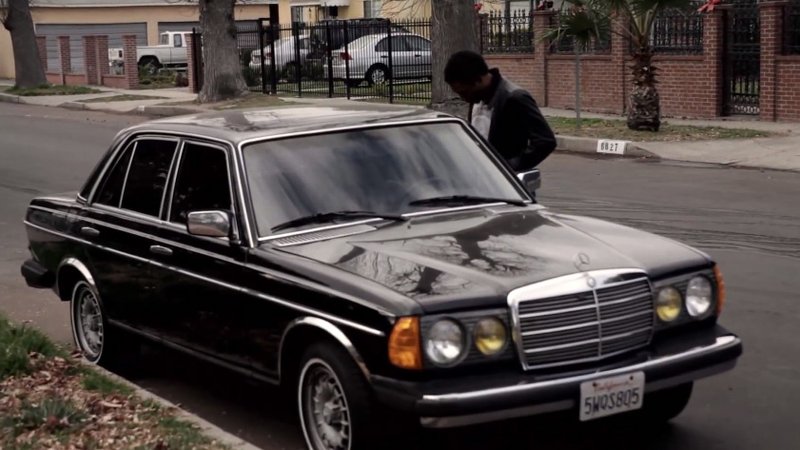 [Verse 1]
I know what your boy like
Skinny tie and a cuff tight
He go and make breakfast
You walk around naked
I might just text you
Turn your phone over, when it's all over
No settling down, my text go to your screen
You know better than that
I come around when you least expect me
I'm sitting at the bar when your glass is empty
You thinking that the songs coming on to tempt me
I need to be alone like the way you left me
You start calling, you start crying
I come over, I'm inside you
I can't find you
The girl that I once had
But the sex that we have, isn't half bad
The text say that "It's not fair"
That's code for "He's not here"
And I'mma flirt with this new girl
And I'mma call if it don't work
So we fuck, till we come, to conclusions
All the things that we thought we was losing
I'm ghost and you know this
That's why we broke up in the first place
Cause

[Verse 2]
It's late night Thursday
I know that you heard me
But you don't want the same thing
Well two can play that game
So I'm chilling with my girlfriend
But she not my real girlfriend
She got a key to my place but
She's not my real girlfriend
Stupid, so dummy
Say the wrong thing and wrong girls come runnin'
I'm paranoid that these girls want something from me
And it's hard to make a dime go one hundred
And my dude freakin' out over a worse fate
She on time, but she late for they first date
Cause he went and tried out all new condoms
Slipped off in a threesome, good problems?
Right? Wrong
Askin' him if she gonna play games
With the super smash brothers, but none of them you
I miss the sex when you kiss whenever you through
Sixty-nine is the only dinner for two
I was wrong, but would you have listened to you?
Uh, you were crazy
I got a heart, but the artichoke
Is the only thing girls want when you in that smokin' light

[Verse 3]
So we're done? This the real shit?
We used to hold hands like field trips
I'm a jerk, but your dude is a real dick
I read his post on your wall and I feel sick
He ain't cool, he ball and all that
But he just a fake nigga who blog in all caps
You coulda wait to date
I'm going straight for your thighs like the cake you ate
I give a fuck about the niggas that you say you hate
You know that I’m the best when I’m a-ffection-ate
I'm the best that you had, face it
J and Keyshia are related, racist
I give you money, then you burn it, like you made off
She ain't a killer, but she'd fucking blow your head off
I know he wondering, "What the fuck you hiding?"
That we dated like raps about Bin Laden
Ayo, fuck this
Are we dating? Are we fucking?
Are we best friends? Are we something in between that?
I wish we never fucked, and I mean that

But not really, you say the nastiest shit in bed and it’s fuckin’ awesome